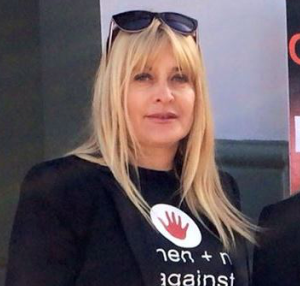 The incredible thing about the growth of the Kidz Clinic projects was that it does just take you over. You cannot really set your goals as the opportunities just arise and challenge you,”says Miranda.

“It is amazing that after 22 years in this field you are still surprised at the different types of abuse cases that still emerge – take the furore of the initiation classes and bullying at Parktown Boys High. That mother who broke that story is incredibly brave. We need to all remain vigilant. If that is happening at a private school can you imagine what is happening in government schools?”, says Miranda, refusing to become any less vocal in advocating the rights of all children.

Miranda is part of the National Sexual Offences Working Group that provide government with submissions to enhance the Children’s Bill as well as the Sexual Offences Bill. Members of this group are all highly respected and work in the arena of children and women abuse. Miranda’s input together with other role players do make a difference for the well-being and protection of all children and women in South Africa.

Miranda was part of the team instrumental in getting a High Court ruling that the 20-year prescription period on reporting Sexual Assault (formerly Indecent Assault of Molestation) is unconstitutional.

2017- When Bob Hewitt went to jail, Miranda was there at the prison as it happened. After 5 years of campaigning and supporting the victims, this landmark conviction is a victory for all survivors of childhood sexual abuse (historical abuse). It shows that time and celebrity status will no longer protect predators from facing justice.

It is Miranda’s goal to eradicate all forms of abuse of women and children living in South Africa.

She adds, “One does not choose this line of work, it chooses you. Regardless of where I may be in the future, I remain passionate that the service the Kidz Clinics offer remains accessible, and free, and that our Advocacy initiatives continue to challenge ineffective systems and legislation.”