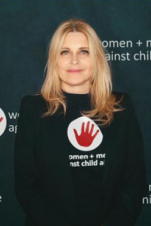 The horrific abuse case of baby Samantha in 1994 saw a group of activists uniting to form and found the Child Abuse Action Group where Miranda became a director. This became a hard-hitting advocacy group with much more radical-type protests. This Group made sure that the Samantha case and others were highlighted in the media. Children’s rights were now receiving mainstream media attention – their activism started paying dividends.

Miranda is part of the National Sexual Offences Working Group that provides the government with submissions to enhance the Children’s Bill as well as the Sexual Offences Bill. Members of this group are all highly respected and work in the arena of children and women abuse. Miranda’s input together with other role-players does make a difference in the well-being and protection of all children and women in South Africa. 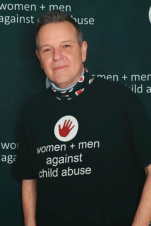 Kevin Barbeau, currently Executive Director of Women and Men Against Child Abuse (WMACA), joined the NGO in 2003. With his previous marketing and counseling experience, Kevin has been chiefly responsible for maintaining and developing sponsor relationships and sustainability over the past 15 years. 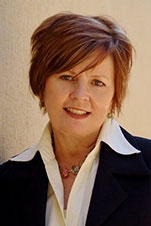 Janyce Dalziel is CEO and founder of Currin’t Events, a leading international Event Management company which she started more than 20 years ago. Janyce’s strength is in general business management acquired over many years working for large corporates and running her own successful business.

Janyce is a Founder member of WMACA, and has been on the Board of Directors for 20 years, and is currently serving as Chairperson. 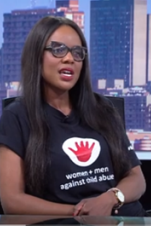 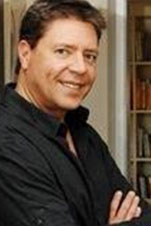 Peter is an independent consultant focusing on Business Strategy, Finance and Operations currently using his expertise to empower small to medium enterprises to maximise shareholder wealth.

Qualifying as a Chartered Accountant, Peter began his post-articles career gaining global experience, initially in the UK. As a financial controller for CarnaudMetalBox, the world’s largest packaging company, he was responsible for designing and implementing the reporting standards across Europe, before moving on to the USA.

Having achieved great success with his first start-up venture in the US, Peter decided to employ his entrepreneurial flair and along with 3 partners founded Switch, a multi-disciplined design agency. At his departure 10 years later, at an annual turnover of R 120 million, the group was the largest independently owned design agency on the continent with offices in Kenya, Nigeria and London.

Peter was then approached by Raizcorp, South Africa’s largest business incubator to be a Business Consultant to their more significant investments. This sparked a passion for the world of consulting and today Peter Upton Consulting advises a client base of about 30 businesses across a variety of sectors.

More recently Peter has co-founded Emerce, an e-commerce service provider to the retail industry. This opportunity has given him great business acquisition experience as the team builds up the group of companies. 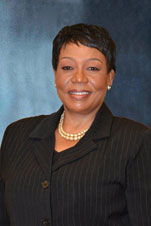 Lindiwe Maseko was born in Alexandra Township, Johannesburg and grew up in Diepkloof, Soweto. She was exposed to politics during the 1976 Soweto uprisings while a student at Orlando High School.

Among her many achievements: 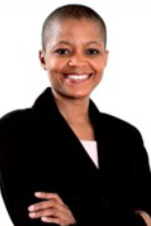 This Mahikeng, born entrepreneur has 23 years’ experience in the Built Environment with 16 years of running her own businesses. She holds a Bachelor of Science Honours (Quantity Surveying) Degree from the University of Cape Town and a National Diploma in Building Surveying from Peninsula Technikon.

At age 33, Moira oversaw a multi-billion rand project to build 10 stadia for the 2010 FIFA World Cup.

She sits on various Boards and Committees as a Non-Executive Board Member and an Independent Member. 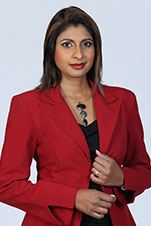 Joanne presents Talk Radio 702’s Afternoon Drive slot. She has presented the 4pm-6pm ‘Afternoon News’ slot on 24-hour news channel, eNCA and current affairs radio show, The Power Update on Power FM. Prior to this she was the main anchor and a bulletin writer on SABC 3’s “News at 7’.

She began her career at YFM radio as a news presenter radio in 1998. Following that, she worked at Classic FM, Network Radio News and Business Day as a producer/presenter. In 1998, she moved into television, taking up the position of producer/presenter at SABC Africa.
Joanne has scripted several corporate videos for clients like Afrox and produced documentaries for the United Nations Development Programme among others. She has done several high-profile live broadcasts including the live coverage of Nelson Mandela’s passing broadcast internationally, Thabo Mbeki’s presidential inauguration, the Walter Sisulu and Beyers Naudé funerals.

Joanne regularly MCs corporate functions in English and French and has presented corporate videos for Life Healthcare, SAPPI, First National Bank, Standard Bank, MTN and PG Glass among others. As a media trainer, her clients included Nedbank, IBM, Pikitup, Ford, Renault and Gauteng Tourism. Joanne teaches presenting, and scriptwriting for broadcast media and has a Bachelor’s degree in Drama, Film and English, and an Honours and Master’s Degree in Modern Languages and Literatures from Wits University.

She is the author of the bestselling novel, “Drug Muled, Sixteen Years in a Thai Prison.” 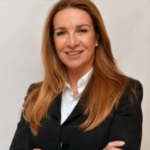 Emy Casaletti-Bwalya is the CEO of Optimize Strategic Agency and is a FIFA Marketing Consultant and Instructor. In her over 25 years of marketing experience, she has worked in general management and executive levels for a large range of local and international sports organisations, including the 2010 FIFA World Cup Organising Committee, Kaizer Chiefs Football Club, Octagon Sports Marketing, Reebok, Kappa, Vodacom, Rothmans, Eskom and Coca-Cola.

As a seasoned marketer, Emy’s work incorporates all facets of marketing, but her particular strengths lie in the development of brand strategy and positioning, new product development and business development strategy formulation.

Married to football legend Kalusha Bwalya, Emy is a Chartered Marketer and Associations of Marketers member as well as a Board Member of Women & Men against Child Abuse. 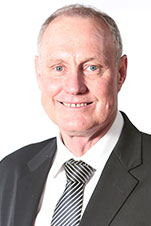 Peter is the Managing Partner of law firm Eversheds Sutherland and the head of its Litigation Department.

Peter has served as an Assessor in the High Court as well as a Commissioner of the Small Claims Court. He has also acted as a mediator and arbitrator in commercial, labour and matrimonial disputes and has received a band three rating for Dispute Resolution Lawyers in South Africa and is listed in the Chambers Legal Directory.

Peter headed the legal team that received over R1 billion in the settlement of a High Court matter involving breach of contract, in favour of two pension funds. This is believed to be one of the largest settlement awards in South African legal history.

Peter has been involved in combating child abuse for over 20 years and sits on the board for Women and Men Against Child Abuse (WMACA). He acted for all the complainants in the prosecution and conviction of Bob Hewitt and successfully opposed Hewitt’s application for conversion of sentence.