Skip to content
HOW CAN YOU HELP? Click for info.
Home » News & Media » Advocacy » Call for concrete strategies to tackle gender-based violence 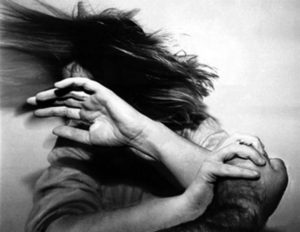 With staggering levels of violence and rape at endemic levels in South Africa, nonprofit organisation Sonke Gender Justice is using the platform of 16 Days of Activism for No Violence Against Women and Children to launch its #Safe campaign to suggest a range of concrete strategies on how the South African society can become gender equitable and violence-free.

The #Safe campaign launched on Friday, the start of the 16 Days of Activism, in a bid to continue its to call on government to urgently adopt and implement a fully costed, multisectoral and coordinated National Strategic Plan (NSP) on gender-based violence.

A statement issued by the organisation – which, in its 10-year existence has strategised solutions to tackle gender-based violence, encouraged gender equality and challenged violent masculinities based on evidence and practice – stated that the #Safe campaign would also focus on a number of advocacy demands that were believed to create concrete solutions to gender-based violence, catalyse gender equality and challenge violent masculinities. Among the demands are the decriminalisation of sex work, making public transport safer and passing hate crimes legislation.

“Through this campaign, we will focus on the different ways in which Sonke and its partners are working to make South Africa and the region safer – not only during 16 days, but also beyond,” read Sonke’s statement.

The nonprofit organisation quoted South African Police Service statistics for the period from April 2015 to March 2016, which show 51 895 cases of sexual offences were reported.

“Sexual violence is underreported due to stigma and fear, a social system that discourages reporting and a lack of confidence in police. The Medical Research Council estimates the actual number of rape cases at seven times higher than reported figures,” the statement read.

The sentiment that many cases go unreported is shared by Dr Lerato Dikobe-Kalane, who is a board member of the Psychiatry Management Group (PsychMG). Dikobe-Kalane said that hindered a comprehensive understanding of the full extent of “abusive and violent episodes”, reports Germiston City News.

“Women are still unaware of their rights, whilst others are afraid of further violence from the perpetrator if they attempt legal action,” said Dikobe-Kalane.

Dikobe-Kalane said in South Africa, one out of every six women was regularly assaulted by their partner, and in at least 46 per cent of cases, the men involved also abuse the children living with the woman, and therefore she said social services and the general community needed to actively address the situation and offer protection to those vulnerable to such abuse and violence, especially in light of the 16 Days of Activism.

Dikobe-Kalane further warned of the negative effect that the prevalence of violence had on a woman’s physical, mental, sexual and reproductive health.

She pointed to the Optimus Study on child sexual abuse and maltreatment, which was recently released, and said it found that one in every three young South Africans has experienced some sort of sexual abuse by the age of 17.

The Women and Men Against Child Abuse website states that there is a “spiralling increase in incidents of child abuse in our country”, and the organisation’s executive director, Kevin Barbeau, believed there was a need to rebuild family units and focus on positive role models for children to follow.