Skip to content
HOW CAN YOU HELP? Click for info.
Home » News & Media » Advocacy » NGO shocked by gang rape of Nyanga teen, calls for safety measures 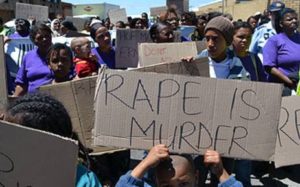 CAPE TOWN – Women and Men Against Child Abuse says it’s shocked by the gang rape of a 13-year-old girl in Nyanga.

The teenager was abducted and raped last weekend.

Seven suspects have been arrested and will appear in court today.

An eighth suspect is still at large.

Murombedzi said the teenager is likely to experience an array of emotions.

“Anger, resentment and maybe she’ll blame herself. We’re trying to move the children from focusing on blaming themselves and focusing on the incident.”

At the same time, Social Development MEC Albert Fritz said they are assisting the 13-year-old victim.

Fritz says they are assisting to ensure the well being of the teen.

“We’re busy with the case and obviously for certain reasons I cannot make any other comments around that, but we’ll follow the normal protocol.”